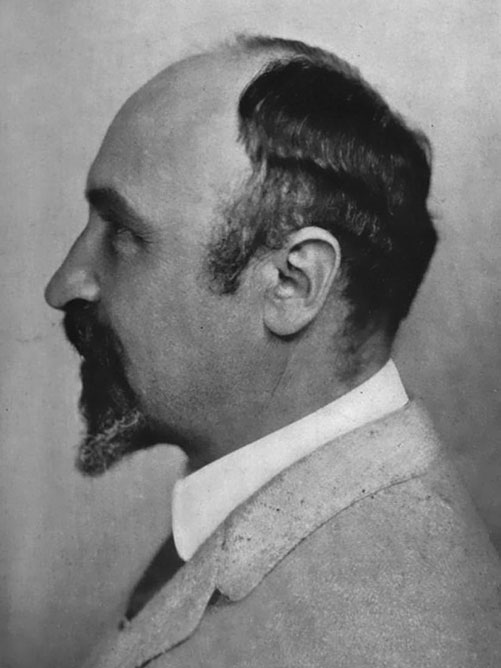 Bakelite has been called the mother of plastic and “material of a thousand uses.” This first fully synthetic plastic could be molded and shaped in any form in mass quantities. At the time this was a great breakthrough and a major reason that designers were flocking to it and with great enthusiasm designed the most diverse objects.

Born in 1863 in Belgium, Henricus Arthur Leo Baekeland was a chemist when he moved to the US and, at a young age, invented Velox, the first photographic paper that could be developed in artificial light. In 1897 he sold the rights to it for a large sum to the Eastman Kodak Company and was independently wealthy when he, in his own laboratory, experimented with phenolic resin. Previously, several researchers had experimented with phenols and aldehydes. Phenolic resin was even already on the market in the form of plates and rods, but it could not be poured into molds or dies. It is Baekeland’s achievement that he was able to prepare the resin so that it was suitable for processing into production molds.

Baekeland secured several patents of which the “Heat and pressure” patent from 1907 was one of the most important. Eventually Baekeland had approximately 400 patents to his name and he gave his phenolic resin the brand name Bakelite. The inventor of the first synthetic plastic started many law suits because of violations of its patents, but also invited companies that were trying to circumvent his patents to joint ventures. The German company Bakelite AG, co-founded by the chemist, was the first to commercially produce bakelite. Baekeland who had become fabulously wealthy and received many scientific accolades sold his company in 1939 and died five years later in 1944. 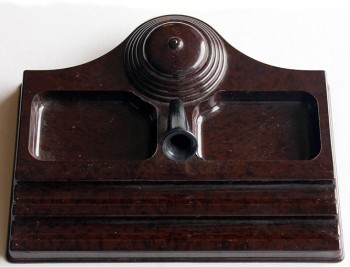 In the first half of the last century Bakelite was not only applied to objects but also in electricity networks, telephones and radios and televisions because of its electric insulating properties. The resin in liquid form found its way in coatings and in the automobile industry. From 1920 on bakelite was the most widely used plastic.

Bakelite captured the market at the moment the movement Art Deco style was in vogue. Many bakelite objects of the time are also gems of Art Deco design and therefore popular with collectors. After 1950 this first synthetic plastic went out of favor. The new polymers invented just before and post World War II with their improved characteristics and specific applications had made it obsolete.

Nowadays bakelite is avidly collected by enthusiasts of both the material and the design. This website is a reflection of that. In recent decades the PolyPlasticum has collected a large amount of bakelite and other early plastic objects.