When the chemist Joseph Priestley discovered that hevea brasiliensis tree latex can remove pencil marks. the pencil eraser was introduced. The material is named rubber, after the verb “rub.”

1833 Braconnet (France) makes nitrocellulose from straw, cloth and sawdust. It is the base product for celluloid, explosives and smokeless gunpowder.

1834 Justus von Liebig (Germany) discovers melamine-formaldehyde. It will take a century before it is developed for industrial use.

1838 The French physicist and chemist Henri Victor Regnault accidentally discovers polyvinyl chloride (PVC). The German Eugen Baumann reports it again in 1872. In 1912 the Russian chemist Ivan Ostromislensky and the Greman Fritz Klatte both attempt unsuccesfully to use PVC in commercial products, but their products are  too rigid and brittle. The B.F. Goodrich Company develops a method in 1926 to plasticize PVC. The result is a more flexible and easily processed material that that is now the third most used plastic.

1844 Thomas Hancock (England) and Charles Goodyear in the US independently develop vulcanized rubber, a semi-synthetic plastic. The addition of sulphur to natural rubber latex results in a hard material, which is suitable for a wide spectrum of applications. In this state it is called hard rubber, vulcanite or ebonite. 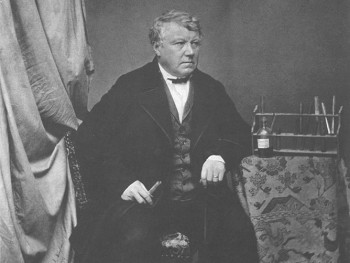 1845 Christian Friedrich Schönbein (Switzerland) develops cellulose nitrate, also known as gun cotton. It is a semi-synthetic plastic material, made by exposing natural cellulose fibers from wood or cotton to nitric acid and sulphuric acid. It is highly flammable and explosive.

1846 Louis-Nicolas Ménard and Florès Domonte discover that cellulose nitrate could be dissolved in a mixture of ether and ethanol into a clear gelatinous liquid (Collodion). By drying it is first used medically as a dressing in 1847 by the Boston physician John Parker Maynard.

1851 Frederick Scott Archer, an Englishman, discovers that collodion could be used as an alternative to egg white (albumen) on glass photographic plates.

1855 First crude artificial silk made from nitrocellulose by Georges Audemars in Switzerland. This material is not a success, because it is highly flammable.

1856 Alexander Parkes (England) continues with the development of cellulose nitrate. He adds vegetable oils or camphor and organic solvents, and thus makes a more malleable material which can be pressed into sheets. Parkes gets patented under the name ‘Parkesine’. Large-scale commercial application failed because of financial problems.

1868 The American John Wesley Hyatt acquired the Parkesine patent adding pressure and heat, leaving it soft and pliable. Hyatt brother calls this invention celluloid. Hyatt is also involved in the first extrusion and pressing machines. Celluloid is quickly produced worldwide. The celluloid era lasts from 1880 to about 1930 also giving a huge boost to photography and movie film. After that time the less flammable cellulose acetate takes over. 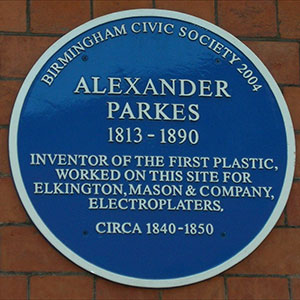 Plaque in memory of Alexander Parkes.

1887 The discovery of casein formaldehyde by the Germans W. Krische and A. Spitteler. It is a semi-synthetic plastic material made of, among others, milk protein, which can be produced on a commercial basis. It is patented around 1900. Casein Formaldehyde is known by the names erenoid, galalith, kyloid, aladdinite and ameroid.

1894 English chemist Charley Cross patents his version of artificial silk. Production under the name of “Viscose” begins in 1905. German chemist Eduard Schweizer begins commercial production of artificial silk in 1899. Rayon became the official name for this fabric in 1924 and large scale production started one year later in both Europe and the US. Rayon was further improved upon in the 1940s and 1050s

1902 The German Otto Röhm synthesizes methylethacrylaat, a forerunner of the current Plexiglas. It is the first acrylic plastic.

1907 Leo Baekeland, in the United States, develops a commercial process to produce phenol-formaldehyde and gives it the brand name Bakelite. Bakelite is hard, non-flammable and can be produced very inexpensively.

1911 Invention of polystyrene which quickly will become one of the most important plastics.

1924 The first light-colored molded resin is made: urea formaldehyde. It becomes an immediate success with trade names like bandalasta and beetleware.

1927 Catalin is developed and trademarked by the American Catalin Corporation. Catalin is a phenol formaldehyde resin, but, unlike the dark colored bakelite it can be colored and marbled and was use for everyday and deluxe products.

1928 Production of polymethylmethacrylate (PMMA), or Plexiglas. Development of the first synthetic fibers: nylon.

1931 JF Hyde invents silicone polymers which have good heat resistance and are used, among others(,) in medical applications.

1935 Development of high-pressure polyethylene, also named polythene (PE). It is now the most commonly used plastic. Its main drawback is that it is not biodegradable.

1938 Discovery of fluorocarbon polymers of which Teflon is the best known. Although it is mostly associated with cooking pans its major application is in the aerospace and computer industry.

1941 Manufacture of melamlne-formaldehyde by William F. Talbot in the US. The principal use of melamine resin is in formica, laminate flooring and kitchen utensils and plates (such as Melmac). Its heyday for that application were the 1950s and 60s. 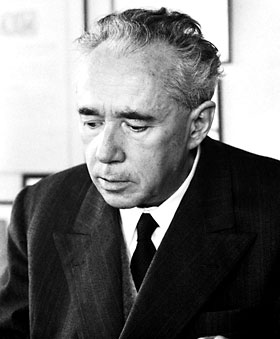 Giulio Natta, one of the developers of PP

After 1950 Development of, amongst others, polypropylene (PP) by the Italian chemist Giulio Natta and polyethylene terephthalate (PET). New thermoplastics increasingly replace celluloid, bakelite and other older plastics.

After 1970  Developments include new and improved versions of nylon and polypropylene. Development of low density polyethylene (LDPE). This is widely used for manufacturing various containers, bottles, tubing and molded laboratory equipment. Its most common use is in plastic bags.

After 1990 – Development of biodegradable plastics that are capable of being decomposed by bacteria. They can be plant- or oil-based.

After 2000 – Development of carbon composites and other fiber-reinforced plastics (FRPs) which are commonly used in the aerospace, automotive, marine, construction industries and ballistic armor.