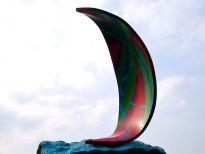 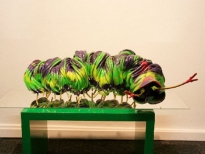 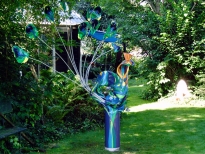 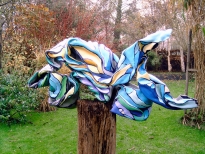 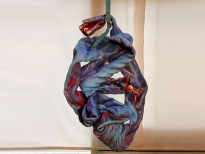 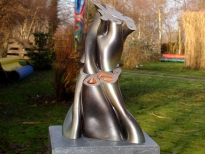 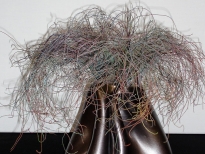 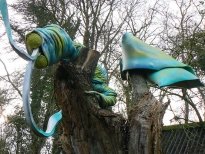 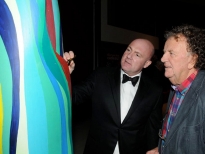 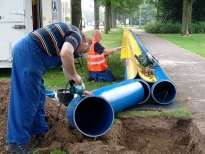 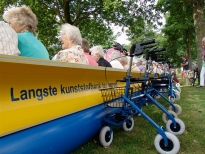 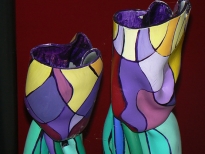 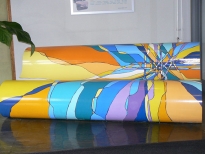 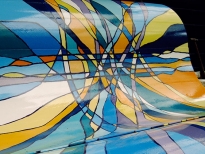 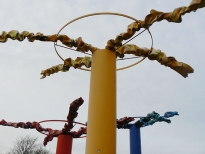 For a long time plastic has been associated with terms like “cheap”,” imitation” and “poor quality” That impression, in many cases, has been changed because of the merits of the products themselves. Polymers are also now an integral part of many works of art.

When artist Jan Krikke from Gieten, the Netherlands, was invited in 2007 by the Dyke Company in Steenwijk to create a work of art it became the starting point of a whole new line of art. At Dyka he got a tour of the company and, through the warehouses, he entered the storage yard. “A candy store,” as he says. Because there were not only tubes ready for transport but also pieces of tube with the craziest shapes, ready to be ground into raw material for a next tube.

“The idea was born.” Krikke asked if he could get a few of those crazy pieces, thus creating his kunst’of ‘kunst’ (Art’of Art’) as he calls his objects themselves. One thing led to another and he made the longest plastic sofa in the world. A sofa of 75 meters (750 decimeter, 246 ft.) on the occasion of 750th anniversary of Steenwijk in 2007,  ‘tube special’ by Dyka Steenwijk made in the colors yellow and blue.

Jan Krikke art works include three large colorful objects, the so-called ‘Keukenhof Chairs(‘) made for the  flower garden Keukenhof, which have been photographed by thousands of visitors and thus seen around the world. For more information about the work of Jan Krikke visit his website: www.jankrikke.nl.